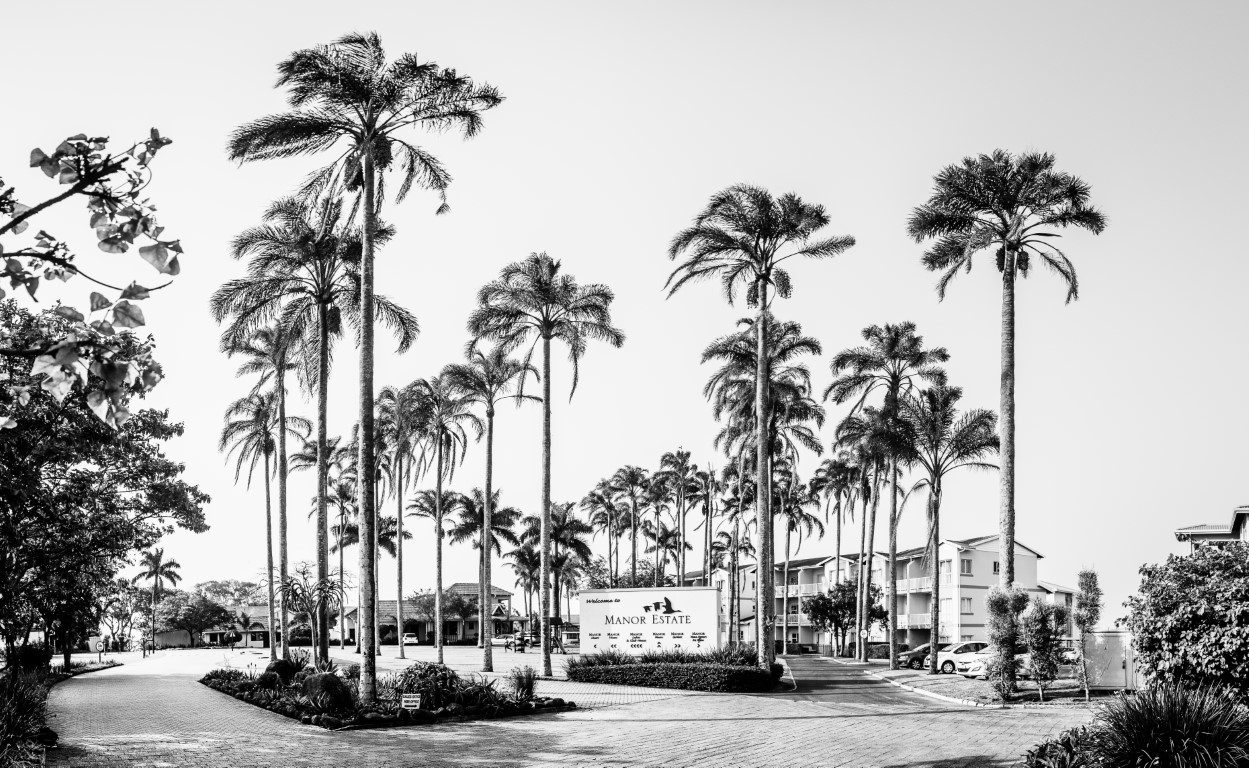 Posted at h in Uncategorized by Ryan Hunt

Over 100 units built, sold, and occupied, with another 54 under or soon to commence construction since January 2017. The success of the HBR Projects development at Manor Estates* in Ballito is well documented.

While the developers have delivered a value for money quality product in both Manor Gardens and Manor Views, what is often overlooked is the enormously positive effect HBR Projects has had on Manor Estates as a whole.

In just over three years, the estate has been transformed. Biometric security controls and updated perimeter fencing provides security for the residents. A green belt area with a running / walking trail has been cultivated out of a derelict sugar cane field. Braai areas, a gazebo and a children’s playground flank a rejuvenated fishing dam. Whilst the clubhouse has been upgraded, a new children’s jungle gym has been installed and fibre optic cables run throughout.

The estate now reflects its initial promise, that of a modern country village, complete with manicured gardens. Most importantly, the estate homeowners association is in a strong financial position.

This progress is reflected in the property prices within the estate, as illustrated by properties that were already built prior to the new development commencing. Manor Mews, the original apartment block, was trading at R15,916 per m² in 2016, whilst over the last 12 months (March 2019 – February 2020) it has traded at R17,845 per m² – a 12% increase.

The estate’s desirability will only continue to rise, with construction on HBR Projects’ final Manor development, Manor Views, nearing completion, and an additional clubhouse in the pipeline. To find out more about Manor Estates contact HUNT Properties today on 032 815 0600 | sales@huntproperties.co.za or visit our Development pages.

*Manor Estates is an estate situated in Ballito on the KZN’s North Coast. The estate was established in 2010 and consists of 4 villages, 3 sectional title apartment complexes; Manor Mews, Manor Gardens, Manor Views; and one freestanding home area – Manor Lakes. The estate is nine hectares in size and 40% of it comprises of “green area”.